Take it to the streets! Comedy, theatre, dance and magic come together for the masses. 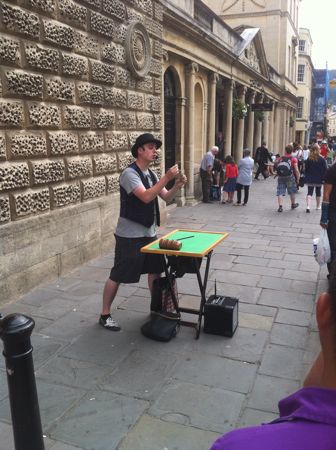 The Edinburgh Festival Fringe, known simply as The Fringe, is the largest festival of its kind in the world. It is an art festival that includes performing arts such as music, dance, comedy and magic. It is held in Edinburgh, Scotland’s capital, every August and lasts for four weeks. While the performances at The Fringe are primarily performance art like comedies and plays, there is a growing interest in music and dance each year. Likewise, magic acts have continued to grow in popularity each year. It is an unhurried festival, meaning that performers merely have to register to participate, as opposed to being approved first.

The unhurried nature of the Edinburgh Fringe much like the City of Bath see magician bath allows for a variety of unusual works, many of which would be considered experimental. In 2009, 37% of the shows performed at The Fringe were world premiers and another 35% of the performances were comedy. The loose, street fair approach to the festival allows everyone to have a great time. The actual street fair portion of The Fringe is held along the Royal Mile and is normally not included in the programme published by the Festival Fringe Society, the event’s organizers.

Today’s Edinburgh Fringe does not carry with it the animosity of previous generations. In fact, in 2009 The Fringe sold 1.8 million worth of tickets and boasted almost 35,000 performances of music, dancing, theatrical productions, comedy and magic. In 2008, comedy replaced theatrical productions in terms of the largest genre at The Fringe. In fact, many of the members of Monty Python first appeared in student productions at The Fringe in the 1960’s. Other comedians have also launched their careers from successes at The Fringe, including Emma Thompson and Stephen Fry. Magicians and strolling entertainers abound on Royal Mall during the street fair, and even children now have their own shows to enjoy at the festival each year.