The ideal ice-breaker for your business bash. 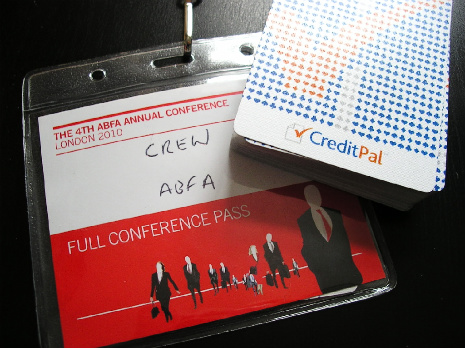 The corporate world is in some ways very different for all other social circles. Many people do not communicate outside of world related thing. A corporate magician can work magic on any crowd. Not just any magic but magic that will get them all talking and relaxing with one another even at corporate events. A great corporate magician will represent your company well as he breaks the barriers of tension in a room. A great magician makes the room come alive and engages the audience. Corporate magician does the greatest feat of all turning a group of strangers into friends, a corporate magician like David Willmott.

David Willmott’s magic talent is always at the peak of his ability. He has as very flexible routine that is very engaging to guests. Interacting with them directly through close-up magic acts, David will wow the people and get the chatter flowing across the tables. Magic is always the most amazing to those who get to interact personally with. David knows this and emphasizes fluid-like movement across the floor to involve everyone in his tricks personally. Close-up magic performed at each table is a sure fire way to get everyone talking with their neighbours, which will break the ice.

The point of having corporate events is that the employees begin to open up with their co-workers. Having office unity is very important and goes much smoother if everyone has a vested interest in each other. The ability of close range magic, of a corporate magician like David, to get everyone relaxed and mingling together is a highly called for resource. Soon everyone will be sharing and having a great time all because of David’s unbelievable magic act. As he moves gracefully from one table to the next, even the biggest strangers with little in common will have something worth talking about.

David is a close up magician that does his art with finesse and flagrance. As a professional he knows that what matter most to corporations is the bottom dollar. The money is well spent with David because he is courteous and very talented. Make the choice to have a great corporate magician at your next big event. You will not regret hiring a magician like David to wow the crowd and blow everyone’s minds. True magic is in conversation and creating friends out of co-workers. David like all the great corporate magicians can work this magic on your crowd as he works his magic.